A: Disadvantaged Consideration
Should you be considered a disadvantaged applicant? Refer specifically to social, economic, and or educational factors when making a determination.

The 2021-22 ADEA AADSAS® (ADEA Associated American Dental School Application Service) application opens on May 11 for applicants to begin creating their applications. Applicants will be able to submit their applications for consideration starting June 1. Changes for the upcoming cycle include:

Just like the vast majority of Americans, I had assumed there were only three levels of education in the United States until taking this course. When I realized there were six sections, the essential distinction became clear. I have had the privilege of experiencing life in every corner of the diamond, with the exception of the very top, thanks to the many places I have called home throughout the course of my lifetime. It was also fascinating to me to be able to experience so many tiers of our society’s social stratification in my short 23 years of existence. The American upper class is the most visible and widely portrayed social stratum, which attracts many foreigners to our country but is also the most elitist and unreachable. Ultimately, there are restrictions that I and many others are born with that prohibit us from progressing to higher levels, despite the fact that I was granted access to many of these experiences. The “American dream” that so many individuals in our society have is out of grasp for many people simply because of the circumstances into which they were born.

My early years, from around age three to about age nine, were spent in a modest middle-class home. Victorville, in the southern part of California, was my home. Many people’s concept of the perfect home would look something like this: two parents, two children, a three-bedroom house in a pleasant neighborhood. We never went hungry or even worried about it, the utilities were never a problem, and we felt completely secure in our surroundings. Then, when I was 9 years old, my mother and I lost our housing and were forced to live in our car, a storage unit, and eventually, the streets. For the ensuing years, we were constantly on the move; as a result, I lost an entire year of school; and my family and I often went without adequate nutrition or shelter, but I was too young to understand the gravity of our situation. My mother handed me up to my father and stepmother when I was 12 years old. They were residents of the violent metropolitan neighborhood of Bassett. For the second time in my life, I shared a three-bedroom home with a large family, this time including my foster sisters, step-sister, and two more step-siblings. After being removed from school for disciplinary reasons, I was readmitted and allowed to skip a grade, but the schools I attended lacked adequate resources and administration. There were no extracurriculars or tools to help us get ready for life after high school. I went to live with my grandma in Upland, California, when I turned 18. She was fortunate enough to find a home on the affluent side of town, at the top of the foothill. The three-bedroom house was plenty spacious for only Mom, my grandfather, and me. Every day I knew I would have something to eat because of how safe the neighborhood was and how strictly the HOA rules were enforced. For the first time in my life, I had my very own room, complete with a bed that didn’t require me to hold up my feet, reliable transportation, and a variety of useful tools. Last but not least, when I was twenty years old, I relocated once more to be closer to my ailing father. For someone working two minimum-wage jobs, going to school full-time, and caring for a disabled family member, our subsidized two-bedroom apartment in an industrial area was surprisingly reasonable. We had numerous fights with case managers and the SSA over his benefits. It makes sense to have more than just three simple levels, as these details convey the experience of moving through different social or economic classes over the course of a single lifetime. It’s likely that there are more than six tiers of American society, but it would be impossible to classify them all.

My socioeconomic background includes lower middle, underclass, working poor, upper middle, and finally working class. Before reaching the age of 20, I had several class transitions. I am able to make this distinction because there is one social tier that I have never belonged to: the upper classes. The lack of resources and the fact that I did not come from a privileged background are two of the primary factors that have kept me from achieving success. I suppose you could call the fact that my grandparents have very few financial worries a sign of prosperity, but that’s not the case. This is because they do not possess a sizable amount of wealth and property. It’s not “long” money; rather, it’s money that can be passed down through generations. When they pass away, wealthy people typically leave their properties and interests to their children or other relatives. The longer these items are kept in the family, the more valuable they become.

As a result of the estate’s longevity and weight, the family is safeguarded from financial insecurity. In the United States, wealth is generally “generational,” meaning it is passed down through families, which means the wealthy and powerful are able to decide who gets access to their resources. Relatedly, white people in the United States are disproportionately wealthy. Our class looked at a list of the top ten wealthiest people in the United States, and they were all white guys. In the United States, racial or ethnic background often determines how well a family does financially. This is due to the fact that white men were the only ones who benefited from the conquest and exploitation of America’s indigenous peoples in the outset, while people of color bore the brunt of the nation’s construction and thereafter suffered under its neglect and abuse.
Although the upper-class society is frequently the focus of media attention, its members make up a relatively tiny percentage of the U.S. population as a whole. In the past, I undervalued the magnitude of the wealth disparity between the affluent and everyone else. In the 1980s, the disparity widened as the population grew and the demand for manufacturing went up, but the majority of the increased earnings went to the elite instead of the general public. Federal tax policies developed in the 2000s to assist the upper class and help them keep their already enormous wealth led to a widening of the divide.

As was previously noted, most people’s socioeconomic standing is heavily influenced by their ethnicity and/or race. These roles are best illustrated by the American Ethnic Hierarchy, which places European-American Protestants at the top, followed by European-American Catholics, Jewish people, and the vast majority of Asians, and finally African-Americans, Latinx, Native Americans, and a small number of Asians at the bottom. These brackets approximate the likelihood of upward mobility in the United States when race is taken into account as a barrier. Those at the top aren’t any better than anyone else; they just have more resources to use in their systematic oppression of those they perceive to be beneath them since their predecessors have believed they are superior to everyone else from the beginning of time. The relative positions in this hierarchy have altered little throughout time, but there have been some positive shifts as a result of progress against prejudice and discrimination. For instance, the second tier, which includes the Irish, Italians, Jews, etc., is no longer discriminated against on the basis of ethnicity. This is because they are better able to artistically assimilate into the dominant culture than the third tier. The third layer consists of people of color who were forcibly transported from their homeland, either as slaves or indentured workers, and expected to assimilate into a culture that was not designed for them. The lower rung still suffers today from these disadvantages. Unfortunately, non-white people have never had access to the same level of economic opportunity, support, or control that white people have enjoyed. They weren’t only dealt a terrible hand, but they were also thrown into a game they didn’t know how to play with the odds stacked against them.

Though I only make up half of the race, I still face challenges associated with being black, such as being born into a poor family. While you’re born into poverty, it can feel like you’re entering the game in the fourth quarter when the opposing side is up 20 to 0. I came from a low-income family that relied on welfare and had neither the means nor the education to break the cycle. Because they had never figured out how to do it themselves, my family was unable to advise me on my pursuit of further education or professional chances. My high school did not place as much emphasis on preparing us for college or helping us choose a career path as it did on reducing violence and teen pregnancies. I lucked fortunate and got a helping hand from a stranger when I really needed it. However, many of the pupils, who were disproportionately Latinx and Black, did not share this experience. The vast majority of my contemporaries had children at an early age, worked in factories to make ends meet, relied on various forms of government aid and support, or enlisted in the armed forces because it seemed like their only other choice.

Despite the fact that there is still a great deal to learn about the inner workings of our class system and its effects on individual lives, it is abundantly evident that it is in dire need of change. The economic and social climate in our country is deteriorating. The working class is being hit hard, and the poor are growing in number. The 1%’s growing alienation from the rest of society is choking the economy. Sooner or later, the poor will outnumber the wealthy, and those at the top will be the only ones left.

If you require a reliable writing service, our experienced custom paper writers are always available to assist you.

Hire an Expert Paper Writer on Any Subject, Any Topic, Any Deadline! Submit your paper instructions by placing your order here to get started! 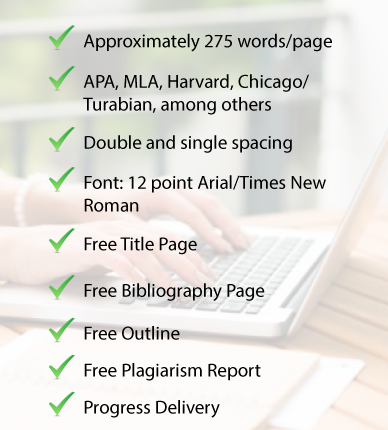 Discussion: Everyday Use How to Write an Effective Introduction to a Controversial Essay Topics
Scroll to top